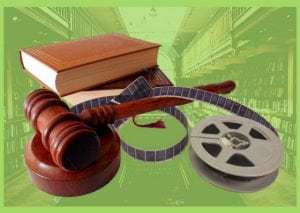 Court trials have long been a topic of public fascination in America starting with the first recorded murder trial on U.S. soil in 1800 and, more recently, in true crime documentaries like Making a Murderer and The Staircase (my most recent Netflix binge watch). While internally debating the guilt or innocence of Michael Peterson, it reminded me that digitized court records such as licenses, dockets, deeds, wills, laws, case dispositions, subpoenas and other information are crucial in accurately creating a usable record of history (because you never know when that information could be needed again).*

*Technically not a spoiler. Please don’t send me angry emails.

United States legal professionals such as clerks, recorders and other information custodians utilize digitization to preserve original materials and to create accessible archives from paper documents, microfilm, microfiche and other media. Crowley clients Franklin County Recorder, Utah State Archives and Records Service and Supreme Court of Texas (SCOTX) are three such entities using digitized court records to increase access and promote department efficiency. In other cases, digitization makes it easier for online and walk-in patrons to research and save pertinent documents for a variety of projects ranging from genealogy to self-representation in court. 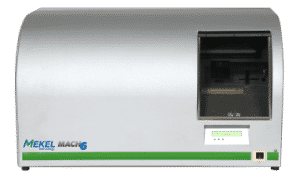 No, the recorder’s office is not where the county’s best plastic wind instruments are held but it is the place that chronicles, preserves and protects important documents such as real estate, personal property, mortgage and will records. The Franklin County Recorder follows Ohio law 307.80 which allows the board of county commissioners to establish a microfilm board. The microfilm board manages a document imaging center (DIC) to handle the digitization needs of each office within the county. A rotating staff of 17 work within the Franklin County Document Imaging Center to create digital court records from original paper documents or existing microfilm and write some records to microfilm.

To satisfy the variety of projects that come into the DIC, Franklin County uses a variety of scanners, archive writers and reader-printers including Mekel Technology MACH-series microfiche and microfilm scanners. Originally purchased in 2008, the scanners have been in everyday use by the DIC to digitize a variety of documents from microfilm and microfiche. In 2017, their MACH6 microfiche scanner underwent a full hardware and software upgrade which included the addition of a fiche loading arm to speed the scanning process. This allowed the DIC to nearly triple their image output. I’ll let this statement from Franklin County DIC’s 2017 Annual Report tell you more, “In the summer of 2017, the Mekel film scanner was upgraded and conversion speed was increased two and three-fold. In 2016, staff converted 978,139 images from film to electronic. Comparatively, in 2017 staff had converted 2,058,437 images on the Mekels.” The digitized court records will preserve the history of Franklin County for generations to come. 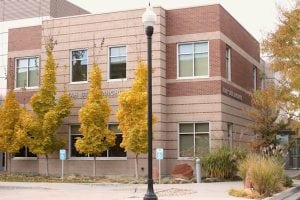 According to the Utah State Archives and Records Service website, the purpose of all archive activities is to assist government agencies in records management, to preserve documents of enduring value and to provide public access to information. As part of reaching this goal, Utah State Archives has taken on the digitization of over 200,000 rolls of microfilm and 1,000+ microfiche series for eventual online or staff use. The collection can include vital records (such as marriage, birth or death certificates), court records (such as adoption, divorce, naturalization, citizenship or criminal records), military, legislation land ownership, mining and other important information.

The original records were written to microfilm in the 1960’s for the State Genealogical Society, before the creation of the State Archives. If a record was requested, the archive would make a diazo copy** of the original master film then use a traditional reader-printer to view the documents. Since employing the Mekel microfilm and microfiche scanners to create the digitized court records, the Utah State Archives has completed two million images from the collection to hastily expedite their request fulfillment response time.

Utah State Archives are also using Mekel’s Quantum software to digitize the film and ready the images to be posted online. Nathan Gardner, a reformatting specialist at the archives remarks, “I find new ways to do things in QuantumScan and QuantumProcess at least once a month. The film we scan is usually in good condition but the densities will be all over the map from dark to light, center lit or with one side lighter than the other. Quantum is invaluable in helping us get consistent images from any film.”

As the result of a pleasantly surprising tweet by Clerk of the Supreme Court of Texas (SCOTX), Blake Hawthorne, we discovered that a Mekel MACH-series microfiche scanner appeared in a local TV news story on an NBC-affiliate channel, KETK, about the court’s current microfiche digitization project.

The Texas Clerk of Court inherited a significant amount of microfiche records from the Texas State Law Library that contained State Supreme Court case documents between 1982-1999. As the highest court in the state, SCOTX case files hold important information from high-profile cases which are often researched or referenced by lawyers, journalists and the public.

In an effort to preserve the files and provide widespread access, the clerk’s office began digitizing the images on the Mekel scanner and converting them to PDFs which will eventually be online for free public use. Once online, it is estimated the collection of digitized court records will be the largest repository of case files made available online by a state court. Take a look at the MACH7 in action below!

Crowley scanners and services have supported numerous courts across the US and internationally. The records preserved by these courts will significantly help current and future generations to remember the past and, hopefully, use it to create a better future (and more true crime documentaries, because what would the world be without a well-told court drama?).

Next time you watch Matthew McConaughey and Woody Harrelson dig through piles of documents in True Detective think of how digitization can improve that process and access can improve citizens visibility on history and law. With digitization, we can all be true detectives.

**To create a duplicate of a master microfilm roll, certain types of duplication film are needed. The duplicating film can be in a few formats, including silver film, depending on the desired end use.