Home > Blog > Joshilyn Jackson: Meet The Author (and the scanners) at #alamw17

Joshilyn Jackson: Meet The Author (and the scanners) at #alamw17 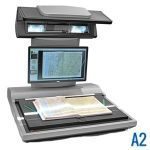 The Zeutschel OS 16000 archival scanner will be featured in Crowley’s booth (834) at ALA Midwinter.

The Crowley Company is getting ready to kick off our trade show season in Booth #834 with next week’s American Library Association’s Midwinter conference in Atlanta, Ga. The exhibit runs from Friday, January 20th through Monday, January 23rd and offers us a chance to meet with face-to-face with librarians who have, over the decades, become customers and friends. The exhibit gives them a chance to see what’s new in the industry while allowing us to discover the new technology and preservation challenges they’re facing. This year we’re really excited to show off the brand new Zeutschel OS 16000 archival scanner and our IMAGEhost microfilm hosting platform. Both fill pain points expressed in the past – the OS 16000 has a big bed (A2) but a small body and IMAGEhost allows those with microfilm collections to scan and host them at a fraction of full preservation scanning costs. 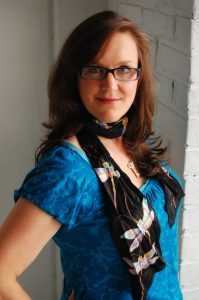 But let’s not kid ourselves. Today’s librarians do love technology but they love at least one thing more: books. Books and the people who write them. It’s for that reason we’ve begun to host an author in our booth each conference. Last year we had the privilege of sharing Garrett Robinson and Elizabeth Gottlieb with the library community. Next week, we’ll host Atlanta’s own Joshilyn Jackson, a New York Times and USA Today bestselling author on Saturday, January 21st.  To get ready for the conference, we asked Joshilyn a few questions. The conversation was both entertaining and enlightening and we hope you enjoy.

Q: How have libraries played a role in your life?

A*: I grew up in libraries. My dad was military…I’d been in eight [southern] states before I was ten years old. I was blessed with the kind of mother who would find the local library before she found the Piggly-Wiggly. Every time my dad got transferred, I had to leave my friends, my school, my town. But I knew Trixie Belden and Nancy Drew and the Wardrobe into Narnia and, yes, Conan the Barbarian (I had an older brother who hooked me on pulp fiction early) would be waiting for me.

Q: What prompted you to accept our invite?

A: It seemed like such a smart and innovative idea, bringing the creative and technical ends of what a library can offer together. The library is about so much more than books. It’s a gathering place, an information hub, and probably the most egalitarian institution we have in this country.

Q: Do you see a synergy between yourself as an author and Crowley as a provider of digitization equipment and services?

A: Of course! And I think the library is the most natural place where our worlds connect. My new book that launches in July, THE ALMOST SISTERS, is set in a town that was founded on the bones of a burned out Alabama town just after the Civil War. It’s loosely based on Dadeville, Alabama, and history is very much alive in this book. In fact, the town’s oldest resident has a secret hidden in her attic with roots that go back to Reconstruction. When you write backwards in time, old newspapers and documents from the period like diaries or trial excerpts can really flavor language and story.

Q: What does your typical book research look like?

A: I start with anything I can do hands-on…I really need to know what a place smells like, how soft the air is, what color the dirt is to write well about it. That said, that only works for scenes that take place in the present. In many of my books, I have scenes or moments that are set ten or thirty or, with this new book, more than a hundred years into the past. To get a sense of a different time requires traditional, book-based research.

Q: If you have used microfilm in your research, is there anything significant to mention?

A: Microfilm can be hard on the eyes—one of the coolest things about high-end digitization is the zoom feature. Some old documents would be all but illegible without it.

Q: If you use the internet for research, have you ever given thought to how some of the more historic information got there in the first place?

A: Probably not nearly enough! It’s all just so convenient. Now, when I run into a snag because I need a fact, I can just open a browser and find it in moments. When I was a young writer, I would draft with huge blanks left in the narrative, and I would write my question in parentheses, right there in the middle of my story. Then I would have to go spend a research day at the library—and hope my local branch had the answer somewhere! Otherwise I’d have to wait for an inter-library loan. Now, it’s crazy easy, especially since I learned that distance is not a factor. One of my best friends is the brilliant narrative historian Karen Abbott. She introduced me to the wonderful land of WorldCat, which allows writers to locate books, dissertations, and archives in libraries all over the world. Before I met WorldCat, I was unaware of many invaluable sources. Now, we can all find esoteric material at the click of a finger. [Author’s note: I asked this question because before joining Crowley, I never once thought deeply about how information got to the net. I now have a much clearer understanding of the path from collection/archive to digitization to internet and have become a quasi-evangelist for spreading the news of the collaboration it takes for some of this information to become available.]

Q: What was your inspiration for your latest novel, “The Opposite of Everyone”? (Attention readers: The first 50 booth attendees on Saturday, 1/21, will receive a signed copy from Joshilyn!)

A: While I definitely wanted to use this book to explore the social justice issues that have always driven Southern Gothic fiction, and while I delight in twisty plotting, all my novels are driven by character. This book happened because I got so interested in Paula Vauss—she was a minor character in an earlier novel, SOMEONE ELSE’S LOVE Story. She started taking over every scene she was in, early on. She has all the best lines of dialogue in that book. She is a difficult person—edgy, tough, guarded, combative—but loyal to a fault. I knew early on I wanted to keep writing her. I had to cut about ten thousand words of Paula out before I could turn SOMEONE ELSE’S LOVE STORY  in, and some of those favorite bits ended up in OPPOSITE.

Finding her voice was initially difficult because she is so far outside my comfort zone. I am southern, female, and “of a certain age,” as we say down here, so of course I am passive-aggressive—I think they must put something in the water. I am a people pleaser, a peacemaker, an over-smiler. Paula is an almost pathologically direct litigator, and she thrives on conflict. Once I had her cadence down, those traits made her very freeing and fun to write—and I hope fun to read about. A narrator who walks toward trouble is a gift. I always like reading and writing about strong women, and I love how much agency Paula has. She acts instead of reacting, running full tilt right at destiny. Things do not happen to her—she happens to them.

Q: Can you imagine a way that Reforming Arts might benefit (or has already) from the process of digitization?

A: It already has! Through this small non-profit, I teach Creative Writing, Literature, and Composition at Lee Arrendale State Prison. Just last year, all the incarcerated women in educational programs were issued tablets. Now, these are definitely not state of the art. These have no internet access, of course, and they are small, clunky, and so outdated that they came nearly free. But they have allowed us to give our students access to inexpensive textbooks and a host of books and educational materials that are in the public domain.  I am able to directly scan articles, short stories, or poems that I want my students to read—though I am of course careful not to violate copywrite. This is extremely useful, because the women are only allowed to have a small number of items in their cells, including books. With the tablets, they can have as many books as the memory will hold.

My hope for all my students is that when their time is served, they will return to their communities and forge sustainable, connected lives. I hope none of them ever return. Digitization increases the women’s opportunities for learning; I truly believe—and the research agrees—that education creates opportunity, and opportunity reduces recidivism.

Q: What do you hope to accomplish at ALA Midwinter?

A: I want to connect (or reconnect) with the many librarians who have been so key in helping me build a readership. I want them to know that THE ALMOST SISTERS is publishing this summer. I am also excited  to have the chance to meet new librarians, and to introduce them to my work via THE OPPOSITE OF EVERYONE. I get so many letters from fans who say their local librarian put my books directly into their hands and said, “Oh, you have to read this.” Word of mouth is how readers find books that are new to them, and the biggest book-mouths in the world are owned by librarians!

Q: Any story behind your unique first name?

A: It’s just Jocelyn, misspelled. It’s pronounced exactly like Jocelyn, even. My mother was from a very small town in Alabama, and she had never seen the name written down. She’d only heard it spoken aloud, and to her it sounded like JOSS-heh-len, with a very soft, almost invisible syllable after the Joss. No SHHH sound at all. SHHH is of course a very library appropriate sound, but it does not appear in my name. I have been asked many times why I didn’t just change the spelling to Jocelyn or accept JOSH-ilyn as the pronunciation, and I will tell you why. My mother. She thinks my name, spelled as it is and pronounced the way she pronounces it, is the prettiest name on earth, and she gave it to me. That woman read to me every night of my life, from my birth into my teens. She gave me my love of story—and thus my career. Moreover, I was born almost three weeks late, and I was nine and a half pounds. That woman DESERVES that silent H if she wants it! I kept the spelling and the pronunciation as she intended, out of pure love and respect.

We hope that piques your interest in Joshilyn and that – if you’re attending the conference – you’ll stop by and say hello not just Saturday, but any day of the conference.

For those who participate in a scanner or IMAGEhost demonstration at ALA Midwinter, Joshilyn has donated a full set of signed first edition hardbacks that will be raffled off.  For a full list of equipment at the conference, read the press release.

The Crowley Company is a world leader in analog and digital imaging systems and services and is – to our knowledge – the only blend of manufacturer, distributor and service bureau in the industry. This dynamic combination allows Crowley to provide multi-layered solutions to the complexities of archival preservation and records management. The company has locations in Frederick, Maryland, San Dimas, California and Basingstoke, UK.