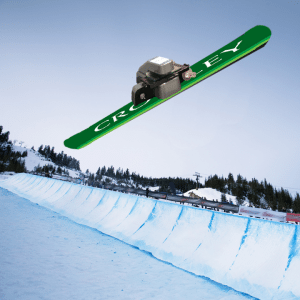 Shred the gnar! Olympic-level snowboarding has taken to new heights, just like the world of microfilm reader printers.

I didn’t realize the importance I placed on the Olympics until Pyeongchang 2018 began seeping into my subconscious thoughts far beyond prime time hours. When Crowley unveiled the latest model in the UScan+ microfilm reader printer replacement scanner series, the UScan+ HD LTE, I couldn’t help but compare the new lineup to a diversely-skilled Olympic team. Each model’s specific set of features propels the team (or series) toward the podium for best value in the microfilm reader printer class.

Reader printers and scanners are as different as halfpipes and slaloms. For the microfilm noobs out there, microfilm reader printers are the original version of microfilm viewers that illuminated and magnified film but could not digitize it. Modern units, such as the UScan+ Universal Film (UF) series, are often referred to as either microfilm scanners or reader printer replacements and are capable of both viewing and digitizing microfilm in all of its forms (microfilm, microfiche, aperture cards, etc.).

From Halfpipe to Big Air: Why Microfilm Reader Printer Replacements are Necessary

In only five Winter Game appearances since its 1998 introduction, Olympic Snowboarding has expanded from two events to five (including this year’s Big Air competition) and become an audience favorite. Microfilm reader printers, albeit slightly less cool than snowboarding, have advanced with similar momentum in the past twenty years.

The traditional reader printer that most of us remember using in libraries, historical societies and/or public record offices – while once the Olympians of their era – simply couldn’t keep pace with new technology. Features such as fingertip scrolling, OCR text search, digital output options and high-resolution images have become today’s new normal for expedited microform searching, scanning and sharing. Thus, the microfilm readers of yore have been retiring at a rapid rate due to high maintenance and repair costs and hard-to-source parts.

There would be no Pyeongchang without Greece 776 BC. Likewise, there would be no new UScan+ UF-Series without the archaic reader printers. Using inspiration from the traditional microfilm reader printers and technology advancements, Crowley’s manufacturing arm engineered the UScan+ UF-Series to create user-friendly, fast digitization in high-resolution quality. Since its release to market in 2012, the UScan scanner series has provided patrons and back-office users with a modern, affordable microfilm reader printer replacement. That’s where today’s Uscan microfilm scanners come in.

Since its inception, Crowley has created tiered models – both in price and feature functionality – of the UScan+ line to best suit the use and budget of any library, museum, historical society, university or corporation. As our R&D technology advances, older models such as the flagship UScan model are phased out to make way for newer models which incorporate a variety of hardware advancements (Hello, 18MP!) and a growing feature catalog.

Without further ado, let’s queue up the Olympic anthem and introduce the starting lineup: 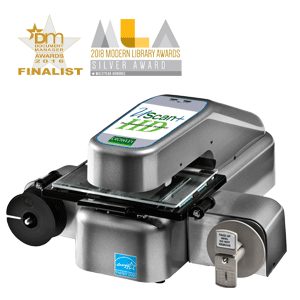 The Shaun White of the line features an 18MP ultra-high resolution active pixel area array sensor and a full host of features ideal to suit a wide range of patron needs.

Our Chloe Kim, the UScan+ HD LTE is the youngest of our lineup. Ideal for those that require image quality over feature functionality, the scanner includes the industry-high 18MP ultra-high resolution active pixel area array sensor with a sensible list of features. 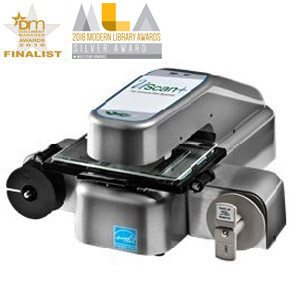 The classic UScan+ scanner has been in the competition for years not unlike Snowboard pro Hannah Teter. This scanner comes with a 10MP high-resolution active pixel area array sensor and essential features for microfilm viewing/sharing with a price that fits most budgets.

While Pyeongchang came to a close last week, the UScan+ lineup is just getting started. Let the Crowley team keep the spirit going and work with you to pair your institution with a gold medal* digitization solution!

Closing Ceremony Consolation: Buy One, Get One Patron Scanners

Bummed the Olympics are over? Cheer yourself and your patrons up with buy one, get one patron scanners!

**Crowley or client PC required for all UScan+ UF-Series scanners. All orders must be received by 3/30/18.

Don’t miss this opportunity to provide your institution with two Olympic-level patron/walk-up scanners in one fell swoop! For more information on the UScan+ UF-series and other microfilm scanners, call (240) 215-0224. General inquiries can be emailed to blog@thecrowleycompany.com. Stay connected and follow The Crowley Company on Facebook, Twitter, Google+, LinkedIn, Pinterest and YouTube.

*The gold medal digitization wasn’t a joke. The UScan+-series has won Gold and Silver in the Modern Library Awards and was recognized as a 2016 Document Manager Award finalist.