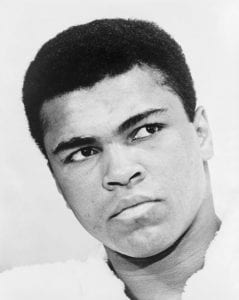 In a time when the civil rights movement was at its peak and racial divides spread deep and wide, one African American teen and eleven established white businessmen joined together for the sake of success, boxing and the future of “The Greatest,” Muhammad Ali.

In today’s blog, we’re combining history and present day to show how knowledgeable teams (in this case, the Louisville Sponsoring Group and The Crowley Company) can provide already successful entities (Muhammad Ali and the Muhammad Ali Center) with the tools they need to be even better.

Boxing May Be a Solo Sport, But It’s Not a Solo Effort

Muhammad Ali (then known as Cassius Marcellus Clay, Jr.) unwittingly started his boxing career at twelve years old when his red Schwinn bicycle was stolen and he told a police officer — who also happened to train boxers — he wanted to “whup” the thief. The officer, Sergeant Joe Martin, took Ali under his wing and into the history books. By eighteen years old, Ali had proved his impressive abilities as an amateur fighter and, later that year, on the world’s stage by winning the gold medal in the light heavyweight boxing division at the 1960 Rome Olympics.

Inspired by Ali’s prowess as a boxer, eleven business magnates from Ali’s hometown of Louisville, Kentucky – spanning the tobacco, alcohol, advertising, transportation, banking and news industries – realized that Ali had the physical ability, strong heart and sharp mind that could propel him (and themselves by association) to impressive heights in and out of the ring.

The eleven, a savvy but sincere group, recognized a threefold opportunity. With their combined expertise, they could protect the interests of a rising local hero, keeping him from the unpleasant fate of boxers before him; they could elevate a sport oftentimes known for mismanagement, crooked dealings and underworld shenanigans (something they knew well from the early days of horse racing); and they could share in Ali’s success if he turned out to be the boxer and personality they thought he was.

Convinced he was, the backers, along with an attorney specializing in tax law, created a trust called the Louisville Sponsoring Group. With Ali’s agreement, they would advise his career and manage his finances. For Ali, the risk was solely to his independence; as their group members were already wealthy, theft was not a threat. From 1960-1965, the group oversaw Ali’s training, fight agreements, promotional deals, living arrangements, expenses, income taxes and more. Eventually, Ali left the Louisville Sponsoring Group in favor of other financial council but he and the members remained on good terms.

59 years later, the 7,500 pages of documents that chronicle this partnership play a crucial role in telling the story of Ali and the group – a story that crosses racial divides and illustrates how Ali was able to create and maintain the financial foundation that would later enable him to pursue his extensive philanthropic and activistic endeavors. 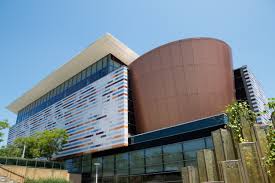 Established in 2005, the Muhammad Ali Center in Louisville is a non-profit museum, education and cultural center that operates to preserve and promote Ali’s bold legacy and core principles. As a relatively young institution, the Ali Center has, in part, spent their formative years establishing their physical archives. Recently, they have begun digitizing collections for preservation and eventual online access.

The Louisville Sponsoring Group records were chosen for digitization first due to their rarity and fragility. The Ali Center’s manager of collections, Casey Harden, impresses, “These files are the only ones of their kind. The documents, in particular the letters between the trust and Ali’s manager, Angelo Dundee, give insight into Ali’s training, financial status and even how his house was furnished…great details that aren’t documented anywhere else.”

She continues, “The pages are delicate and some of the ink is beginning to fade due to age. By digitizing the files, we eliminate unnecessary handling when fulfilling research requests [and thus, further damage], preserve the information and create copies in case of disaster. The scanned images will eventually be accessible to researchers worldwide via an online archive, helping us to further transmit Ali’s beliefs and legacy.”

The files also contain rare information on another significant figure in black history, civil rights activist and the first female black prosecutor in Louisville, Alberta Jones. Jones served as Ali’s attorney and negotiated the initial agreement with the Louisville Sponsoring Group, particularly noteworthy during the heat of the civil rights movement. Jones served as a co-trustee on the agreement until she was murdered in 1965. Her case remains unsolved. Through the preservation of these documents and her association with Muhammad Ali, her legacy and groundbreaking achievement are also remembered.

The Ali Center chose Crowley Imaging, The Crowley Company’s digitization services division, as their partner for this inaugural digitization project. Harden recalls, “Once we spoke with Meghan O’Brien [Crowley’s senior imaging specialist], we knew that we had a match. Her knowledge helped us navigate the complexities of first-time digitization and her personality is such that no matter how many questions we asked, she set our minds at ease.” 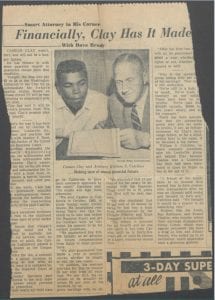 Just as the Louisville Sponsoring Group strove to bolster Ali’s success, Crowley aimed to do the same for the Ali Center.

The initial project of a digital archive sets the foundation for the projects that follow. For a vendor, understanding the end use of the images is crucial in knowing the proper resolutions, file formats and special considerations (such as OCR searchability) needed. Through consultations, test samples and comprehensive pre- and post-digitization processes, Crowley and the Center ensured a solid jumping off point for the Ali Center’s future digital archive.

O’Brien advised the safest method of capture for the fragile documents was non-destructive scanning on overhead Zeutschel scanners, which are equipped with gentle lighting and are known for the high quality of their captured images. A collection sample was scanned as a pilot and digital images were returned for approval. In this manner, any needed adjustments were made prior to project kick off.

For security, the bankers’ boxes holding the files were personally transported by a Crowley representative from Louisville, KY to Frederick, MD for scanning. When the final images were scanned and approved, the materials were driven back to the Center. Final images were output to high resolution TIFF files and keyword searchable PDFs, which allow easy online research. The Ali Center chose to enter their own metadata and will store the images for internal use until their digital archive infrastructure is complete.

“Having these records digitally accessible to researchers, many of whom contact us from overseas, will help shed a light on parts of Ali’s history that reach far beyond boxing, including the stories of Jones’ and the eleven in the sponsoring group,” said Harden. 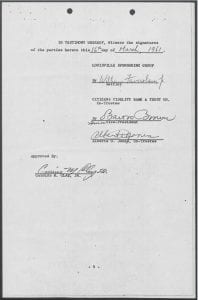 Continuing the Gospel of Ali

Muhammad Ali is still speaking his values through the mouthpiece of The Ali Center. His tenets are ones that inspire persons of any race, age and nation to seek ‘The Greatest’ in themselves and their communities. We are honored to have a part in preserving his legacy.

Next up for the Muhammad Ali Center? Digitizing two scrapbooks donated by William Faversham, Jr., Ali’s manager of record and the founder and push behind the Louisville Sponsoring Group.

P.S. While researching this blog, I came across a video of Muhammad Ali performing spoken word with accompaniment by Liberace on The Jack Paar Show. This promotional appearance was negotiated during Ali’s time with the Louisville Sponsoring Group. It’s one thing to read about Ali, but his spirit is even more potent when watching him speak. Enjoy!

For more information about the Muhammad Ali Center (or to plan your visit to the archives), click here.

Click here to read about other Black history preservation projects Crowley has had the pleasure of supporting.

READY TO DIGITIZE YOUR ARCHIVES?

Crowley’s experienced imaging experts, well-rounded digitization solutions and network of industry professionals are on-hand to educate and support first-time and ongoing digitization projects that works best for your institution, collection and desired end-result.

For more information on the conversion services offered by Crowley Imaging or the scanners that can be purchased for your own digitization efforts, please visit our website or call (240) 215-0224 or click here.